A valued tradition of University of Minnesota alumni, students, and fans, Homecoming has developed a rich history that is meaningful to many. Various stages of University, Minnesotan, and American history have shaped what Homecoming is today. Here’s a snapshot of the history that has shaped our modern-day Homecoming.

Want more history? Make sure to visit our “Homecoming Through The Years” exhibit located on the basement level of Coffman Memorial Union. Created in 2013 to celebrate the 100th year anniversary, this exhibit features Homecoming buttons dating back to 1922 (courtesy of Don Hickman) and a memorial stadium seat cushion (courtesy of Timothy McDevitt). You will also witness years of Homecoming captured through images and storytelling. 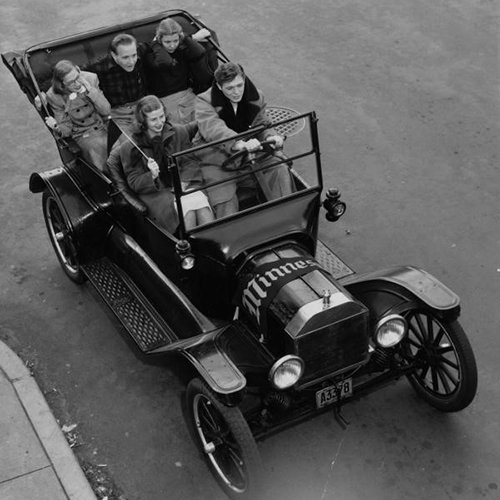 1914 - The first annual Homecoming dance was hosted. Students dressed in their best clothing and used the dance as an opportunity to connect with their special someone. This tradition ended in the early 2000’s as a result of low attendance.

1918-1920 - Homecoming was put on hold due to concerns about wastefulness during World War One. Rationing made hosting large events, such as this, difficult. 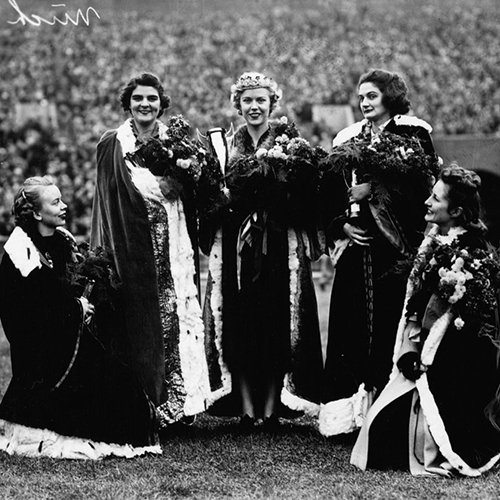 1924 - The Homecoming game was played in new Memorial Stadium (AKA Brick House) against the Michigan Wolverines.

1931 - This was the "Rope Wisconsin" Wild West Roundup For the 'Rope Wisconsin' theme year. Expert cowboys were brought in to perform a wild west rough-riding show.

1942 - To the Gopher’s pleasure, the Homecoming Parade was billed as the world's largest parade at two miles long with 170 cars and floats.

1943 - War shortages during World War Two meant there was no bonfire, pepfest, house decorations or parade. 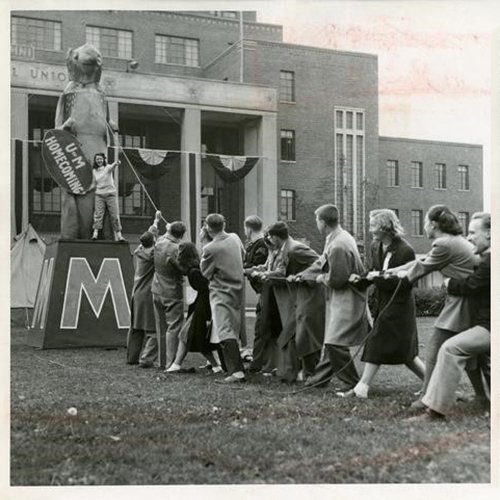 1951 - This was the year of the ‘Husk the Huskers’ Theme. Mallard ducks were released during the halftime show to celebrate Minnesota Conservation and Sportsmanship.

1964 - This was the year of the ‘Silence Illi-Noise’ theme. Everyone got involved, including Daytons! Dayton's 8th Floor promoted Homecoming with a fashion show. 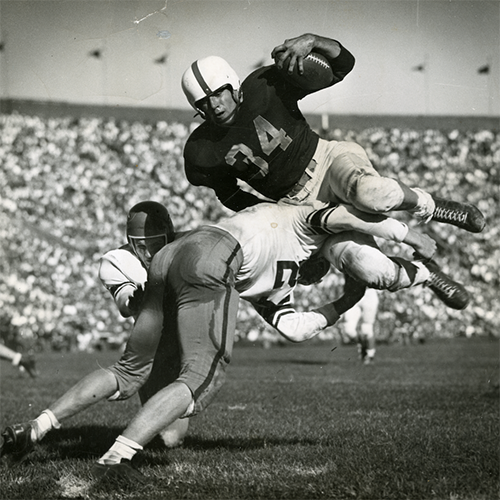 1968-1976 - The Homecoming Parade was canceled due to student morale dipping as a result of the Vietnam War.

1970-1975 - Homecoming Queen was stopped on the premise that it was not an appropriate expectation of women due to the feminist movement.

1970 - Prizes were awarded to Greek Houses who won the house front decorating contest, known as pomping. 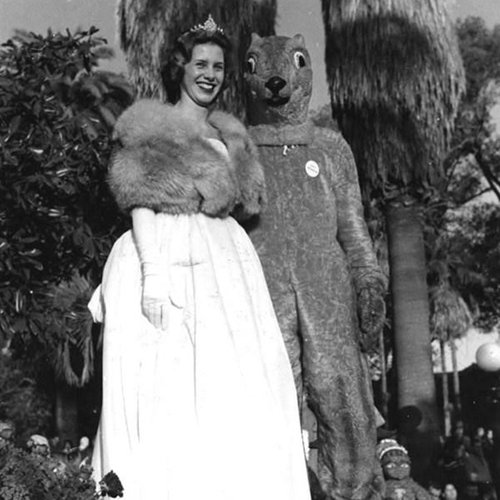 1973 - After many low years, Homecoming was revived; however, the bonfire was not allowed due to environmental concerns.

1976 - Homecoming Queen competitions were reintroduced. Candidates were judge solely on athletic ability by the football team (this only lasted for a year due to backlash).

1977 - After nine long years, the Homecoming Parade was reinstated as ‘Pomp and Pride.’ 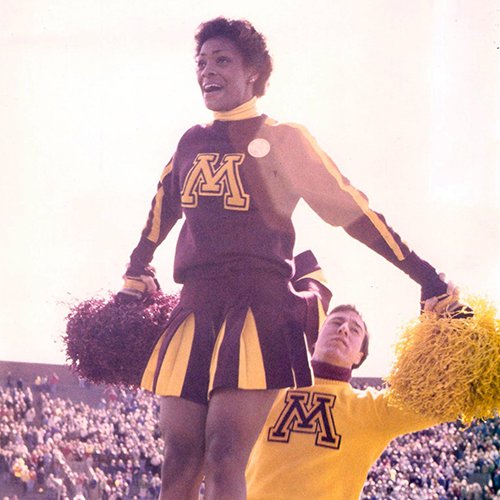 1986 - Gopher football began to be played in the Metrodome.

1986 - A circus was hosted on the front plaza of Coffman Memorial Union; this was a crowd favorite. 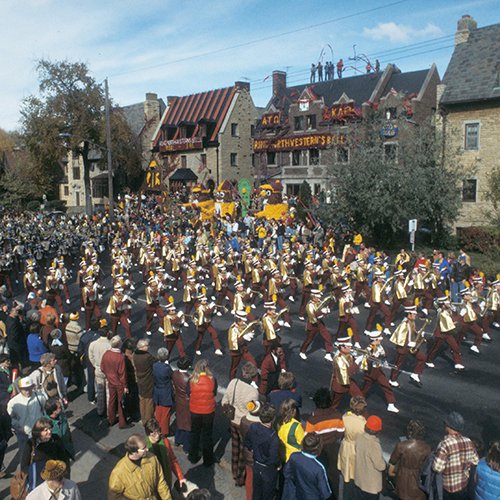 1996 - This year Homecoming went back to Minnesota's roots: one event was the Farmer's Share Breakfast where diners eat a full breakfast and pay the share a farmer would receive.

2006 - TCF Bank Stadium began construction after much back and forth.

2009 - TCF Bank Stadium was opened and became the home of Gopher Football.

2017 - Homecoming King and Queen were renamed ‘Homecoming Royalty’ to be more inclusive and non-gender exclusive.